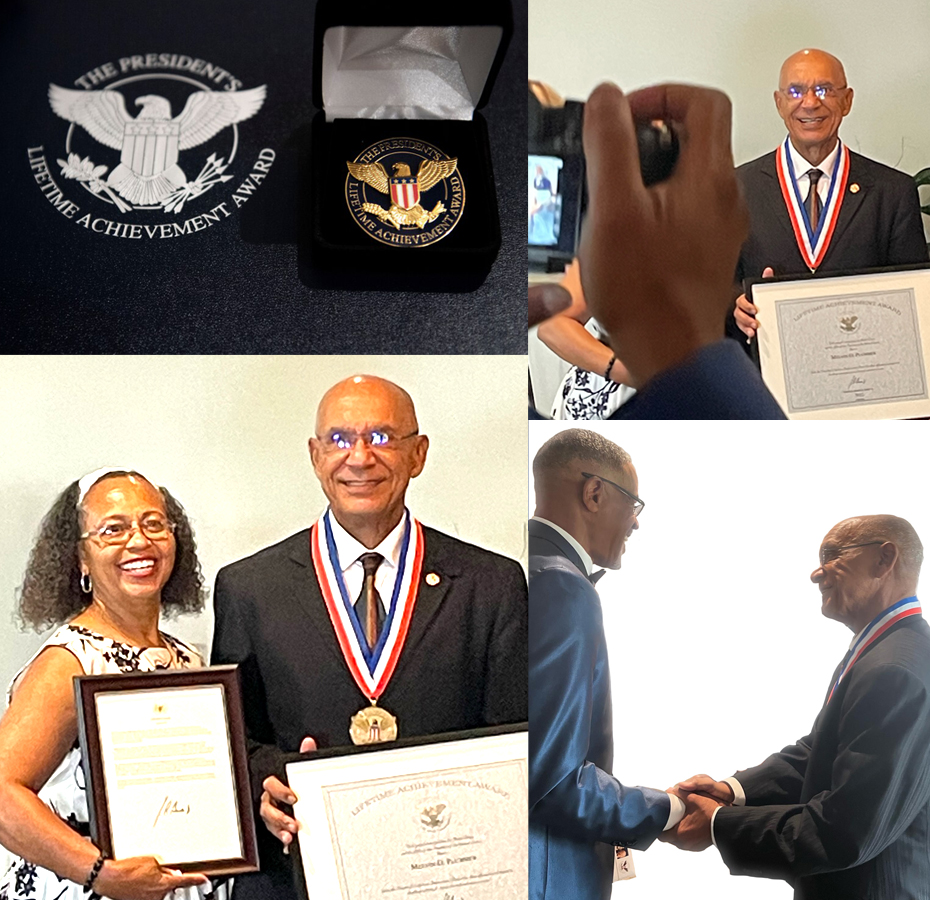 Melvin Plummer, founder of Hydrant Guard®, received the President's Lifetime Achievement Award in recognition of over 6500 hours of public service over the past five decades. The ceremony took place on September 10, 2022, in Inglewood CA.

Recipients of the Presidential Lifetime Achievement Award are honored by Americorps and Points of Light because their service cultivates lasting positive change for their community.  The Lifetime Achievement Award is the highest honor in its category, with a minimum requirement of 4,000 hours of public service to qualify for a nomination. Each nominee must be rigorously vetted by a certifying organization before the award is bestowed.

Plummer earned this award largely as a result of developing community-based training programs across the country. For over five decades, he worked to establish institutional, corporate, private, and non-profit institutions to the benefit of historically underserved communities.

In addition to inventing Hydrant Guard to solve the problem of water loss due to hydrant sheers, his professional accomplishments include:

Plummer stresses the importance of embracing hard work in order to exceed expectations and achieve goals.  When describing where he found the energy to put so many hours of work into improving his community, he elaborated by saying:

"Being raised in a single-parent family, we had to build on the love around us and bring it together and somehow share that energy. Struggling is important, kids. You gotta struggle. You gotta get through that threshold of pain called work. Ethics. Servility. Accountability.”

This website uses cookies to improve your experience while you navigate through the website. Out of these cookies, the cookies that are categorized as necessary are stored on your browser as they are essential for the working of basic functionalities of the website. We also use third-party cookies that help us analyze and understand how you use this website. These cookies will be stored in your browser only with your consent. You also have the option to opt-out of these cookies. But opting out of some of these cookies may have an effect on your browsing experience.
Necessary Always Enabled
Necessary cookies are absolutely essential for the website to function properly. This category only includes cookies that ensures basic functionalities and security features of the website. These cookies do not store any personal information.
Non-necessary
Any cookies that may not be particularly necessary for the website to function and is used specifically to collect user personal data via analytics, ads, other embedded contents are termed as non-necessary cookies. It is mandatory to procure user consent prior to running these cookies on your website.
SAVE & ACCEPT